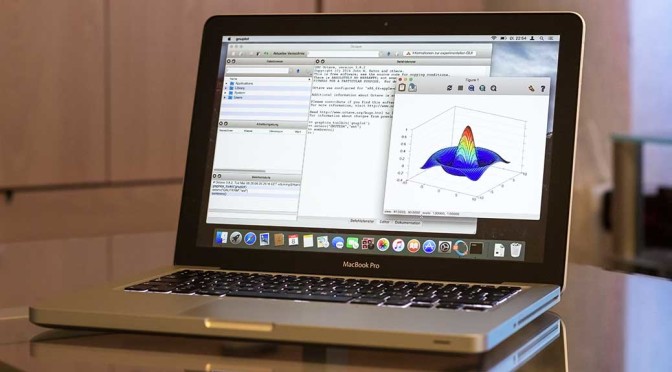 This How-To describes how to install Octave 3.8.2 with MacPorts (Version 2.3.4) on Mac OS X 10.11 (El Capitan). It shows how to avoid pitfalls and workaround bugs. Finally it gives some hints regarding configuration.

Had you already tried to install Octave via MacPorts and it failed? Before you proceed you need to tidy up. In this case type in the Terminal:

otherwise you can skip the above commands. Now proceed with the following instructions.

Unfortunately Octave crashes when you run a plot command. By default FLTK is used for plotting in version 3.8 but you can use Gnuplot instead. It is already installed with Octave. Type in Octave’s command line: 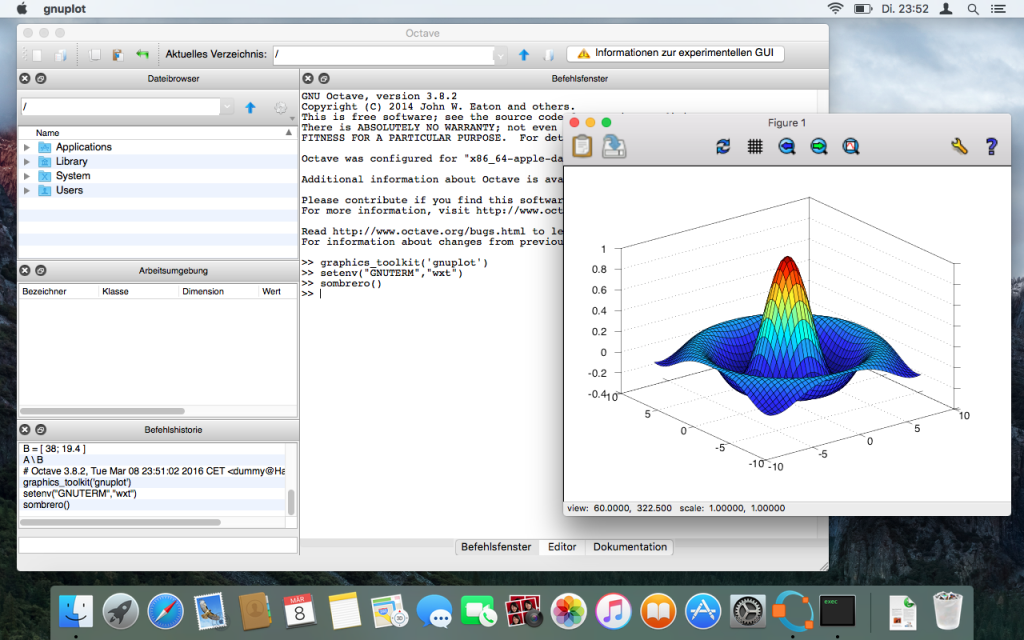 To close the graphics window and Gnuplot together, use the close() command:

otherwise a Gnuplot instance remains in memory and in the dock.

To avoid typing the commands above every time you want to plot, add them in one of Octave’s startup files, e.g. ~/.octaverc in your home directory. In general you have to create this file. Unfortunately the Finder does not allow to create a file with a preceding dot in the name (These “dot”-files are invisible in the UNIX world by default). You need to create and edit it in the Terminal:

starts the editor “nano”. Then type:

in the editor and press “ctrl-x”, “y” amd ENTER to save .octaverc in your home directory and quit the editor. You find more details regarding startup files in the manual.

All images in this article are in the Public Domain (CC0)